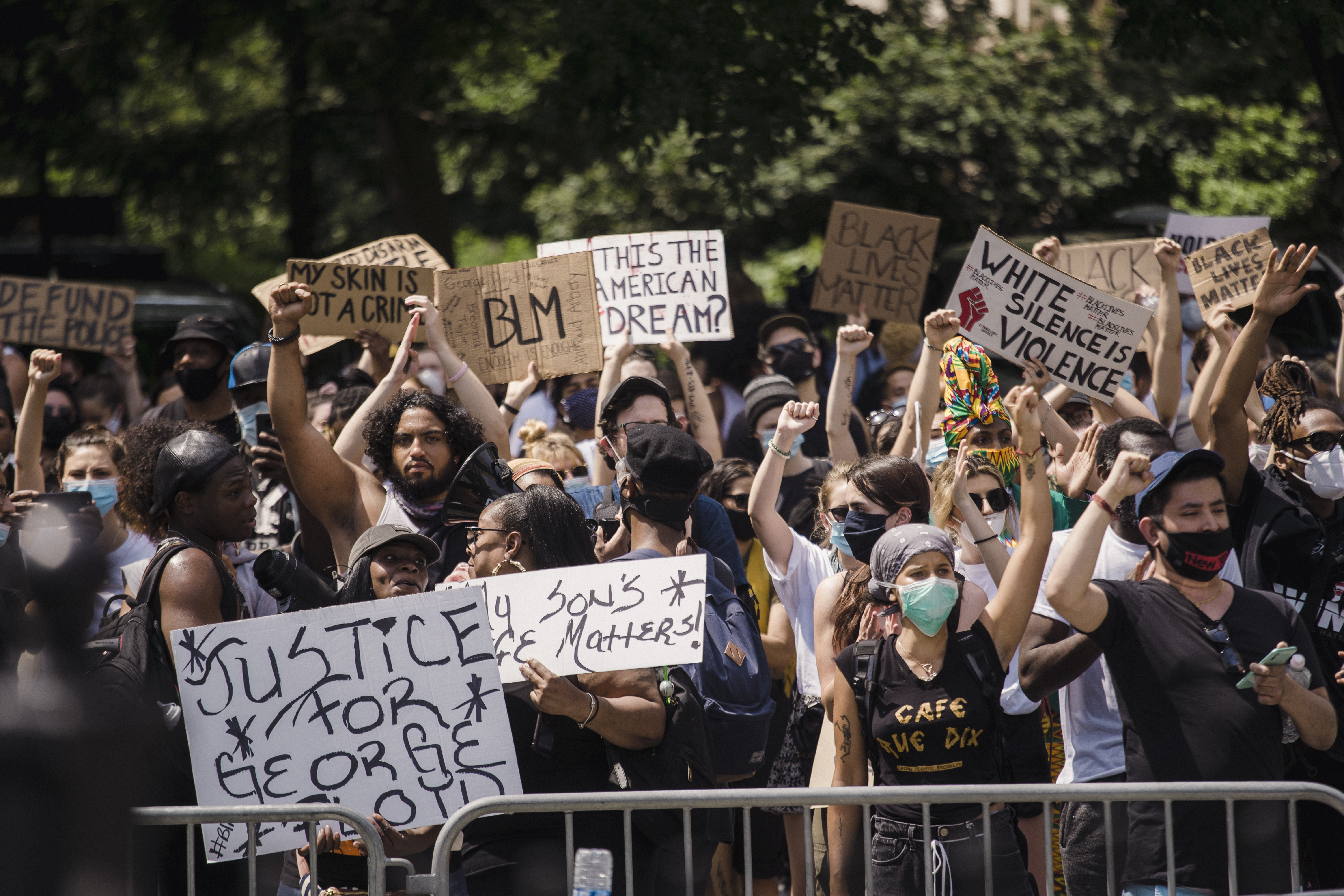 The rapid pace of evolution in consumer electronics

The evolution of consumer electronics, high-definition displays, digital broadcasts, displays, and media is happening at an ever-increasing pace. Technological advances are happening much faster than ever before, reducing the time to market for new technologies at an exponential rate. The algorithm for designing and delivering new technology is a time reduction of nearly fifty percent with each significant advance. With such a rapid race for invention, the simultaneous introduction of various technologies is as inevitable as price erosion and shorter life cycles for what is considered “new” in consumer electronics.

A brief history of television and the advancement of display devices underscores the incredibly increasing pace of technology development.

In 1876, Eugene Goldstein coined the term “cathode rays” to describe the light emitted when an electric current is forced through a vacuum tube. Fifty years later, in 1928, GE introduced the Octagon, a television with a rotating disk and a neon lamp that created a reddish-orange image half the size of a business card. By 1948, twenty years later, the demand for black-and-white television began a transformation in communications and entertainment. In 1949, several family brands battled for a share of the booming market. These brands included familiar names like Admiral, Emerson, Motorola, Philco, Raytheon, RCA, and Zenith. The market was also saturated with brands like Crosley, Du Mont, Farnsworth, Hallicrafters, Sparton, and Tele-Tone. In 1951, CBS broadcast an hour-long Ed Sullivan show in color, but there were only two dozen CBS television sets that could process the color broadcast. In 1954, RCA brought the first color television to the market, but only 1,000 units were sold to the public that year. In 1956, Time magazine called color television the “most resounding industrial failure of 1956.”

The plasma display panel was invented at the University of Illinois in 1964 by Donald H Bliter, H Gene Slottow, and student Robert Wilson. The original monochrome displays were popular in the early 1970s because they required no memory or circuitry to update the images. In 1983, IBM introduced a 19-inch monochrome display that could display four virtual sessions simultaneously. In 1997, Pioneer began selling the first color plasma televisions to the public. Screen sizes increased to 22 inches in 1992, and in 2006 Matsushita introduced the largest 103-inch plasma video display at the Consumer Electronics Show (CES) in Las Vegas, Nevada.

DLP was developed at Texas Instruments in 1987 by Dr. Larry Hornbeck. The image is created by selectively reflecting colored light beams onto a digital micromirror device (DMD chip). Each mirror represents a pixel in the projected image. The number of pixels represents the resolution. For example, the resolution of 1920 x 1080 refers to a grid of individual light points 1920 wide x 1080 high, created from the beam of light reflected by the same number of small mirrors on a chip that is smaller. than a postage stamp. The concentrated light from a bright mercury arc lamp is emitted through a small rotating color wheel of red, green, blue, and sometimes white. Light passing through the color wheel is reflected by tiny mirrors that act independently to point the colored light toward or away from the pixel target. The colors perceived by the human eye are a mixture of combinations of the red, green, and blue reflections in each pixel, and the combination of pixels creates the total image. This technology was widely used in digital projectors and gradually became a technology that rivaled cathode ray tube projection televisions, at least until consumers discovered the cost of replacing high-intensity projector lamps.

In 1904 Otto Lehman published a work on Liquid Crystals. In 1911, Charles Mauguin described the structures and properties of liquid crystals. In 1926, the Marconi Wireless Telegraph company patented the first practical application of the technology. It wasn’t until 1968 that George Heilmeier and a group from RCA introduced the first operational LCD screen. In December 1970, M. Schadt and W. Helfrich of the Hoffman-LaRoche Central Research Laboratories in Switzerland filed a patent for the twisted nematic field effect in liquid crystals and licensed the invention to the electronics industry. Japan for digital quartz wristwatches. In 2004, 40 to 45-inch LCD TVs became widely available on the market, and Sharp introduced a 65-inch screen. In March 2005, Samsung introduced an 82-inch LCD panel. Then, in August 2006, LG Philips introduced a 100-inch LCD screen. At the Consumer Electronics Show (CES) in Las Vegas, Nevada in January 2007, Sharp once again took first place in size by introducing the 108-inch LCD panel under the AQUOS brand. From tiny liquid crystals to the battle for supremacy and 108″ displays, the demand for larger size and sharper contrast in HD video has once again shown that size matters.

By 2006 there were more than 220 TV manufacturers, and the list grows as does the type of display technology. Other display technologies include Vacuum Fluorescent Display (VFD), Light Emitting Diode (LED), Field Emitted Display (FED), not to be confused with K-FED, and Liquid Crystal on Silicon (SED). As the ability to generate and deliver HD streaming on demand continues to develop, the demand for improved quality and larger screens will continue to increase commensurately. The technology to watch for the next significant leap in high-quality, high-definition image reproduction will be the Surface Conduction Electronic Emitter (SED) display.

So where will the high definition images come from? This pace of technology and the battle for formats is even faster than the development of display devices.

Ampex introduced the first commercial video cassette recorder in 1956, priced at US$50,000. The world’s first videocassette recorder for home use was introduced by Philips in 1972. In 1975, SONY introduced Betamax. The first VHS VCR hit the market in 1977, JVC’s HR-3300, creating a format war that raged for market share throughout the 1908s. In the 1990s, the battle for dominance between VHS and Beta it was replaced by a new battle between the MultiMedia Compact Disc from SONY and Philips, against the Super Density Disc backed by Time Warner, Matsushita, Hitachi, Mitsubishi, Pioneer, Toshiba and Thomson. Remarkably, it was Lou Gerstner, the president of IBM, who stepped forward and acted as a go-between to convince rival camps to collaborate and combine the best of both technologies into a single standard. The result of which became the DVD Consortium, later known as the DVD Forum. Competing technologies collaborated on standards for manufacturing common-format DVD products until the battle for supremacy reignited in 2006 between HD DVD and Blu-Ray high-definition video.

It took 20 years to migrate from a $50,000 commercial device to a home VCR. It was almost a 20-year battle in the format war between VHS and Beta, until the rival camps under the direction of Lou Gerstner collaborated on a common DVD format. The common DVD format lasted a mere ten years until competing technologies once again took the battlefield to claim dominance in the high-definition video market, while HD DVD and Blu-Ray battle for supremacy, titles from movies, earnings and bragging rights. to define the next standard in the evolution of video. At this rate of technological evolution, advancement occurs twice as fast or in half the time of the previous era. At this rate, we can anticipate the announcement of the next significant advance in technology and another format within the next five years. Will the next format combine the best technologies of HD DVD and Blu-Ray? Will the next step in evolution be based on using more colors from the spectrum to create even greater definition? Will the format wars over storage media like VHS tapes and Blu-Ray discs become obsolete as the new medium morphs into wireless video-on-demand streaming? One thing is for sure, it won’t take long to find out. Put away your VHS movies, CDs, and DVDs, as these will be collectors’ items and museum pieces before a child born today graduates from college.

Worried about having the latest technology when you make your next consumer electronics purchase? Worried about selecting the right format to make your movie library and media collection outlast your stack of LPs and eight-track tapes? Choose a display that supports digital HD, learn the INPUT types for your display device or TV, and then choose the one that fits your budget. INPUT types and connections are important in order to get the best possible view from your TV or display device. As for recorded media, take a chance on media that has the largest selection of titles and is compatible with your other entertainment devices. The state-of-the-art technology you buy today will most likely become obsolete before your extended warranty expires, so sit back and enjoy the evolution.

“The theory of evolution by cumulative natural selection is the only theory we know of that, in principle, is capable of explaining the existence of organized complexity.”

“TV is the first truly democratic culture, the first culture available to everyone and totally governed by what people want. The scariest thing is what people do want.”

“Any sufficiently advanced technology is indistinguishable from magic.”

Congress is coming after your 401(K)

When to call an emergency locksmith?